Explained: What bringing the Chief Justice of India’s office under RTI means 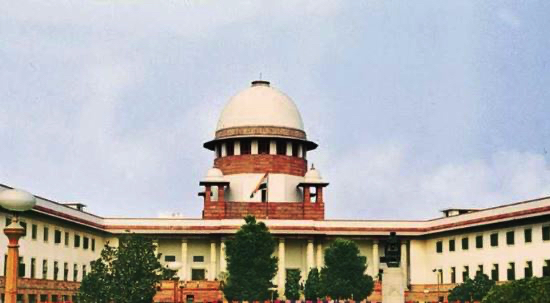 Explained: What bringing the Chief Justice of India’s office under RTI means

While the office of the CJI is now under the RTI’s ambit, the CBI is exempt. When the UPA government brought the RTI law on October 12, 2005, the CBI was under it.

On Nov 13, 2019, the Supreme Court ruled that the office of the Chief Justice of India (CJI) is a public authority under the Right to Information (RTI) Act. A five-judge Constitution Bench headed by Chief Justice Ranjan Gogoi, and including Justices N V Ramana, D Y Chandrachud, Deepak Gupta, and Sanjiv Khanna, upheld a Delhi High Court ruling of 2010, and dismissed three appeals filed by the Secretary General and the Central Public Information Officer (CPIO) of the Supreme Court.

The judgment pertained to three cases based on requests for information filed by Delhi-based RTI activist Subhash Agarwal, all of which eventually reached the Supreme Court. In one of these, Agarwal had asked whether all Supreme Court judges had declared their assets and liabilities to the CJI following a resolution passed in 1997. He had not requested for copies of the declarations.

While the CPIO of the Supreme Court said the office of the CJI was not a public authority under the RTI Act, the matter reached the Chief Information Commissioner (CIC) where a full Bench, headed by then CIC Wajahat Habibullah, on January 6, 2009 directed disclosure of information.The Supreme Court approached the Delhi High Court against the CIC order. High Court Justice Ravindra Bhatt (who was later elevated as a Supreme Court judge) held on September 2, 2009 that “the office of the Chief Justice of India is a public authority under the RTI Act and is covered by its provisions”. The Supreme Court then approached a larger Bench comprising then Chief Justice of Delhi High Court Ajit Prakash Shah, Justice Vikramjit Sen, and Justice S Muralidhar, which passed its judgment on January 13, 2010 holding that the judgment of Justice Bhatt was “both proper and valid and needs no interference”.

SC plea to SC, about SC

The Supreme Court in 2010 petitioned itself challenging the Delhi High Court order. The matter was placed before a Division Bench, which decided that it should be heard by a Constitution Bench. As the setting up of the Constitution Bench remained pending, Agarwal filed another RTI application. The Supreme Court told him on June 2, 2011 that orders for constituting the Bench “are awaited”. The Constitution Bench remained pending across the tenures of Chief Justices K G Balakrishnan, S H Kapadia, Altamas Kabir, P Sathasivam, R M Lodha, H L Dattu, T S Thakur, J S Khehar and Dipak Misra. CJI Gogoi last year constituted the Bench, which reserved its judgment on April 4 this year, and pronounced it on Wednesday.

While ruling that the office of the CJI is a public authority, the Supreme Court held that RTI cannot be used as a tool of surveillance and that judicial independence has to be kept in mind while dealing with transparency. While CJI Gogoi, Justice Gupta and Justice Khanna wrote one judgment, Justices Ramana and Chandrachud wrote separate verdicts.

Justice Ramana noted that Right to Privacy is an important aspect and has to be balanced with transparency while deciding to give out information from the office of the Chief Justice of India. Justice Chandrachud wrote in his separate judgmentthat the judiciary cannot function in total insulation as judges enjoy a constitutional post and discharge public duty.EXPLAINED

The verdict underlines the balance Supreme Court needs between transparency and protecting its independence. The step is significant because it opens the doors to RTI requests that will test the frontiers of what has been a rather opaque system. What new red lines are drawn will decide how effective the step is.

Of the other two RTIs filed by Agarwal, one was to request the Supreme Court for “copies of complete correspondence exchanged between concerned constitutional authorities with file notings relating to appointment of Justice H L Dattu, A K Ganguly and R M Lodha superseding seniority of Justice P Shah”. The other request was for documents relating to a “revelation by Justice R Raghupati of Madras HC about some Union minister having approached him in some matter pending before the honorable judge in his court”. These issues were stuck down; the matter the Supreme Court wanted to address was the question whether or not the office of the CJI is under the RTI Act.

What the order means

The outcome is that the office of the CJI will now entertain RTI applications. Under Section 2(f) of the RTI Act, information means “any material in any form, including records, documents, memos, e-mails, opinions, advices, press releases, circulars, orders, logbooks, contracts, reports, papers, samples, models, data material held in any electronic form and information relating to any private body which can be accessed by a public authority under any other law for the time being in force”.

On December 16, 2015 (RBI versus Jayantilal N Mistry and Others), the Supreme Court noted: “It had long since come to our attention that the Public Information Officers under the guise of one of the exceptions given under Section 8 of RTI Act, have evaded the general public from getting their hands on the rightful information that they are entitled to.”

CBI is still out of RTI

While the office of the CJI is now under the RTI’s ambit, the CBI is exempt. When the UPA government brought the RTI law on October 12, 2005, the CBI was under it. The agency later moved for exemption, and this file was endorsed by Law Minister M Veerappa Moily of the UPA government itself. Incidentally, the Administrative Reforms Commission chaired by Moily had earlier recommended exemption of the armed forces from the RTI Act, but had not made such a recommendation for the CBI.

While the CBI demanded exemption only for units in intelligence gathering, exemption was granted in 2011 to the agency as a whole. The CBI, which is an agency that is often engaged in investigation of corruption cases, is today included in a list of exempted organisations in which most of the others are engaged in intelligence gathering. Litigation challenging the decision to exempt the CBI is pending with the Supreme Court; the next date of hearing, however, has not been fixed.