Children: Their Rights, And Why They Matter

Home  ›  Uncategorized  ›  Children: Their Rights, And Why They Matter 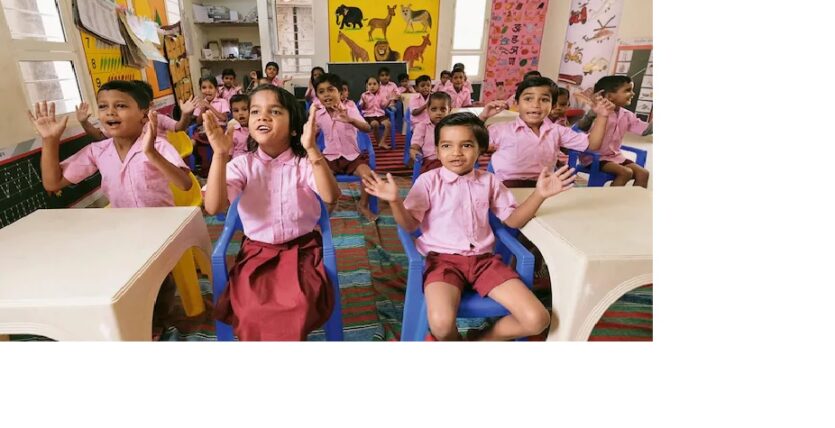 Children: Their Rights, And Why They Matter

The child population in India today stands at more than 400 million, which is more than the total population of many countries in the world. As a large country with diversity in economic attainment, political and institutional histories and cultural specificities, the protection of children’s rights continues to represent a key challenge.

While there have been gainful achievements in child development indicators of health, nutrition, education and other entitlements—some states doing better than the others—these key areas continue to be abysmally poor for certain classes of children and more disadvantaged communities. Currently, India has the largest network of public schools with 1.5 million schools covering 260 million students, 13 million Anganwadi centres and noon meal schemes covering millions of children.

Yet, our country also ranks 94 out of 107 countries on the Global Hunger Index 2020—lower than Nepal, Bangladesh and Pakistan. According to India’s National Family Health Survey 2015–16, 38 per cent of India’s children are stunted and 36 per cent are underweight. While the global infant mortality rate was 30.5 deaths per 1,000 live births, in India it stood at 41 in 2016 and higher still among scheduled castes and scheduled tribes, and girls.

The scenario regarding education is no better with the rapid increase in private schools and no corresponding growth in government schools. There is an enormous demand for education but a totally dysfunctional public education system, lacking both quality and universal retention of students. Only 56 per cent of children are enrolled in higher secondary school education. The inequality in the education system reinforces the social divide, resulting in an education apartheid.

The COVID-19 lockdown has exacerbated social inequalities, and has affected children the most. With schools closed, millions of children have been pushed into the labour force, working in subhuman conditions. Trafficking of children as migrant labour has already begun. For girls especially, child marriage, violence, abuse and gender discrimination remain crucial challenges. Children with disabilities are left uncared for as services for their learning, health and other entitlements are negligible. They remain hidden and invisible. Denied state services and protective schemes, children have become victims with no possibility of mobility or opportunities that can give them confidence, self-esteem and dignity.

Against such a harsh reality, it was heartening to hear about cases of triumph. Abandoned and mistreated as a child, Laxmi*, originally from Simhapuram village near Kakinada, Andhra Pradesh, graduated as a head constable this month. Nearly a decade ago, she was rescued as a 10-year-old domestic labourer and sent to the residential bridge course of MV Foundation—a Hyderabad-based NGO working for children’s right to education and abolition of child labour. A lovely girl, with artistic talent and leadership qualities, she became a role model for batches of children joining MV Foundation.

Often, it is argued that children have to work because they are poor but those who rescued Laxmi firmly believed that children are not to be held responsible for their poverty. She was enrolled in a public school, lived in the social welfare hostel, accessed government scholarship and demanded that the state provide her the entitlements children deserve, as a matter of right. Every child deserves this support.

Violations of children rights are to be addressed at two levels. On one hand, civil society has a huge role in changing social norms, promoting non-violence and not subjecting children to hurt of any kind. During the pandemic there have been hundreds of voluntary initiatives by local groups, NGOs and gram panchayats to reach out to children, engage with them through village education centres, introduce theatre, music, art and other learning activities. These are truly inspirational and worthy of emulation. They have shown how the violence on children—which occurs as regular practice in institutional settings, and even within a family—is wrong, and stand as exemplars fostering a change in the societal framework that respects children as equals.

On the other hand, especially during the pandemic, the state should make a commitment to providing the country’s children the resources, services and institutions mandated by law and ensure entitlements to education, health, nutrition and protection against exploitation. It has to prevent abuse, violence and neglect of children, keep them safe from risk or perceived risk to their lives or childhood. Collaboration with local bodies to track every child in a constituency and make available funds that could be used for emergency relief of children is key. The system of equity and justice in the protection of children’s rights will forge a new set of traditions, cultures and values that will, eventually, bring transformation in all our lives.

SHANTHA SINHA is a child-rights activist, the founder of MV Foundation and a professor of political science at Hyderabad Central University. She was a two-term head at the National Commission for Protection of Child Rights. She received the 2003 Ramon Magsaysay award and the Padma Shri in 1999.