Can Ram temple be built on Muslim graves: 9 Ayodhya residents to Trust 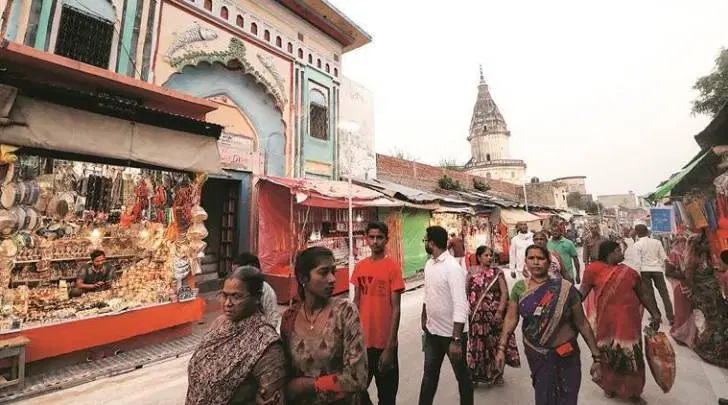 Can Ram temple be built on Muslim graves: 9 Ayodhya residents to Trust

The four-page letter asks the 10 trustees “with best knowledge and experience in the field of Hindu/Sanatan religion and practice” to consider whether “the temple of Lord Ram can have foundation on the grave of Muslims”.

Nine Muslim residents of Ayodhya have written to the newly appointed Shri Ram Janmbhoomi Teerth Kshetra, appealing to them to not construct the new Ram temple on the graveyard of Muslims in the immediate vicinity of the surrounding area of the 1,480 sq m of the site where Babri Masjid once stood. Their letter asserts that the use of the total 67 acres of government acquired land for the temple is a “complete ouster” of the claim of Muslims and is contrary to what the law has laid down.

The “4-5 acres around the demolished mosque” is what is being claimed as having been handed over arbitrarily, “as expected” by the Centre, the letter states. “The graves may not be visible today considering the fact that the entire area has been differently treated with since 1949, when forcibly an idol of Lord Ram was placed inside the Mosque and when in 1992 the Mosque was demolished.”

Also, “5 acres” which the Supreme Court in its November 2019 order had said would be allotted to Muslims at a “suitable prominent place in Ayodhya” has been allotted, but far away from where the Babri Masjid once stood, the letter states.

The four-page letter asks the 10 trustees “with best knowledge and experience in the field of Hindu/Sanatan religion and practice” to consider whether “the temple of Lord Ram can have foundation on the grave of Muslims”. It says: “In 1994, the Supreme Court had upheld the acquisition of larger land admeasuring 67 acres which included the graveyard land and thus the entire land became vested with the Central Government. The object of the Acquisition Act of 1993 was to maintain public order and promote communal harmony.”

It also says that the acquisition was “not to exclude Muslims from the said land”. The object sought to be achieved through the Act was also to construct a ‘Mosque’.” The letter terms the use of all of the land as contrary to the “discretionary power conferred to them by the Supreme Court of India” and “uncalled for.”

The letter cites the stand of Shri Ramlalla Virajman in the original suit number 5 and “recorded facts” where it says 75 Muslims killed in the riots of 1855 were buried there, “in an existing graveyard around the Mosque” as well as the Allahabad High Court judgment where Justice D V Sharma cites that the “disputed structure was surrounded by a graveyard on three sides”.