Home  ›  EXPLAINED  ›  Explained: What is hantavirus? 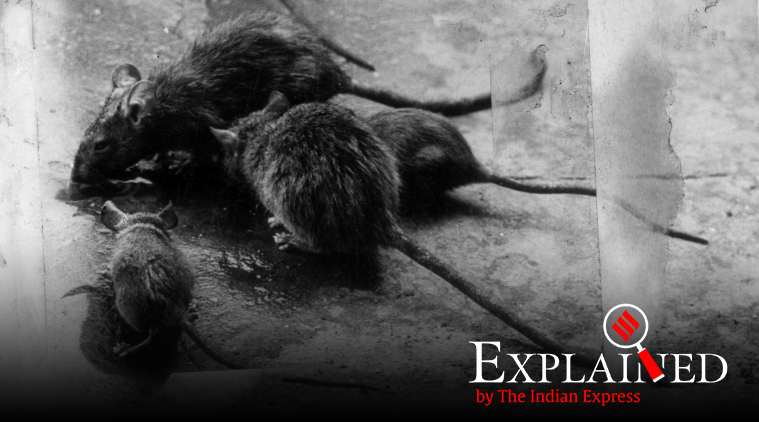 China’s English daily Global Times has reported the death of a person from Yunnan Province who tested positive for the hantavirus. The hantavirus is not novel and its first case dates back to 1993, according to the US Centre for Disease Control (CDC). It is contracted by humans from infected rodents.

The hantaviruses are a family of viruses spread mainly by rodents. A person can get infected if he/she comes in contact with a rodent that carries the virus.

In the US and Canada, for instance, the Sin Nombre hantavirus carried by the deer mouse is responsible for the majority cases of the hantavirus infection. Like this, there are various other kinds of hantaviruses that find hosts in rodents, like the white-footed mouse and the cotton rat among others, that may lead to infections in humans if transmitted.

In the Americas, the family of viruses is known as ‘New World hantaviruses’. It is the cause of hantavirus pulmonary disease (HPS), a severe respiratory disease. The CDC maintains that HPS can be fatal and has a mortality rate of 38 per cent.

Chile and Argentina, however, have had rare cases, where close contacts of the patient, who was ill with a type of hantavirus called the Andes virus, were also infected.

Hantavirus: What are the symptoms?

A person infected with the virus may show symptoms within the first to eighth week after they have been exposed to fresh urine, faeces or the saliva of infected rodents.

Symptoms may include fever, fatigue, muscle aches, headaches, chills and abdominal problems. Four to ten after being infected, late symptoms of HPS may start to appear, which include coughing and shortness of breath.