Opinion: The COVID-19 pandemic has brought to light the tragedy of malnutrition in India

Home  ›  Uncategorized  ›  Opinion: The COVID-19 pandemic has brought to light the tragedy of malnutrition in India 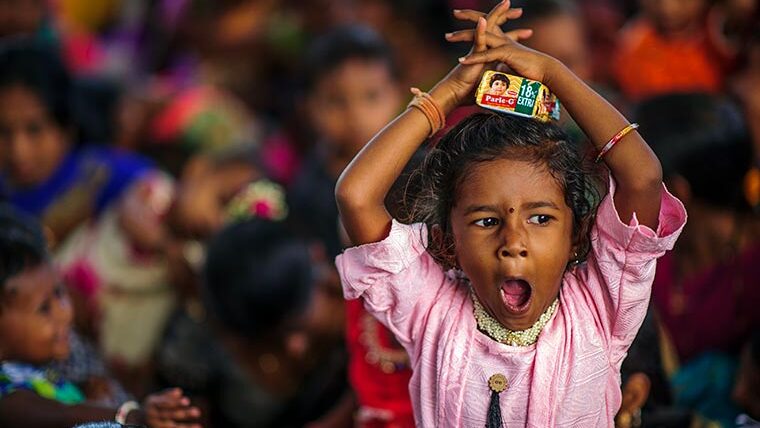 Opinion: The COVID-19 pandemic has brought to light the tragedy of malnutrition in India

India is home to half of the wasted children globally

While we have all been focused on the ongoing global pandemic and all the challenges that it has brought alongside, a set of reports have brought to light a catastrophic tragedy that has been taking root in India in the past five years.

Ever since economic liberalization in the early 1990s, we have taken economic growth and the associated improvement in vital Human Development Indices to be a near default. An assumption is that over the years, Indians will become richer, healthier, live longer and so on, even if the pace of improvement alters slightly. Well, like most other things under this government, this maxim no longer holds.

The latest round of the National Family Health Survey (NFHS) released recently by the Union Ministry of Health and Family Welfare reported a very high prevalence of malnutrition among children under five. The first phase survey of the NFHS-5 comprised of 22 states and Union territories. The data revealed that key states in India have either witnessed meagre improvements or sustained a worsening in child malnutrition parameters.

Between 2005 to 2015, India had witnessed fairly substantial improvements in nutrition outcomes in the country. NFHS-4, conducted in 2015-16, had recorded a meaningful drop in child malnutrition levels over the preceding decade or so. A lot of it, of course, had to do with the highest ever GDP growth rates witnessed by India during the UPA years as well.

NFHS-5 has brought to light a very concerning reversal in these gains. Key indicators related to nutrition status such as childhood stunting (low height for age), wasting (low weight for height), underweight have all worsened. The share of children who were stunted increased in 13 states, while the share of children who were wasted increased in 12 states and the share of those who are underweight increased in 16 states. These are catastrophic figures and there can be no denying the fact that there exists a correlation between these ground realities and a struggling Indian economy well before the pandemic hit us.

Barring a couple of countries, at 36 per cent India has the largest proportion of underweight children in the world. Even our neighbours including Nepal (27 per cent) and Bangladesh (22 per cent) perform far better on these crucial metrics. As per the Global Nutrition Report 2020, the global prevalence of Severe Acute Malnutrition (SAM), was 7.3 per cent in 2018, compared to 7.9 per cent in 2012, validating negligible progress towards the 5 per cent target set for 2025.

India is home to half of the wasted children globally. The NFHS-5 data shockingly reveals that several states such as Telangana, Kerala, Bihar as well as my home state of Assam have witnessed an increase in wasting among children. Child wasting is an indicator of acute undernutrition.

India has the highest number of SAM children in the world with 9.3 million children below the age of 5 severely wasted, particularly worrying because children with SAM are nine times more likely to die than their well-nourished peers and tens of thousands of young Indian children suffering from SAM go untreated every year.

Worryingly, data released by the Ministry of Statistics and Programme Implementation shows a consistent sharp increase in price rice of basic nutritious food in India 2016 and onwards. This phenomenon of persistently high food inflation merits serious consideration, as it forcibly distorts people’s natural eating patterns, reduces food intake as well as pushes them towards processed and packaged products. This might have contributed to the nutrition and health crisis we have at hand as well.

Phase-I results of the NFHS are based on the data collected in the pre-pandemic era and that the second phase might reveal a far worse reality as it will take into account the damage done by COVID-19 as well.The pandemic and the subsequent lockdown strategy had a crippling impact on jobs, housing, migration and, most importantly, nutrition. Everything was disrupted during the lockdown. Anganwadis were closed, mid-day meals were not available because schools were shut down. Despite this worrying reality, the recently presented Union Budget decreased allocations to the Women and Child Development Ministry by as much as 18%. Moreover, despite the Finance Minister’s pronouncements, the allocations for Poshan Abhiyan have been slashed by a sharp 27 per cent, from ₹3,700 crores to ₹2,700 crores. What is equally baffling is just how low the utilization of funds under the scheme has been, consistently so.

Even before the pandemic, India was struggling to manage SAM on the ground with sub-optimal resources and supplies and workforce. The COVID-19 pandemic is set to further increase the burden of this consequential ailment in the country. The practices of Community Based Management for Acute Malnutrition (CMAM) hold great relevance in such a context, with states such as Gujarat and Maharashtra having seen beneficial outcomes already. The major change required urgently is the need for national guidelines and treatment protocol, with standardised alternatives at the national level if we’re to see benefits at a scale.

Some changes are required at the policy level. There is a need for policies, which improve the quality of the nutrition services provided at the community level. We need more integration of health and nutrition platforms at the community level. Similarly, absurd demands from most BJP-ruled states like that of abstaining from making something as nutritious as eggs available as a part of mid-day meals needs to be done away with. The NFHS data has been a rude wakeup call and allocation cuts in the Union budget have made things worse. Be it an expansion of the PDS or targeted transfers aimed at the most vulnerable sections of our citizenry, ensuring good nutrition and health for our future generations should be the most pressing policy priority of them all.

Pradyut Bordoloi, is an INC Member of Parliament from Nagaon constituency, Assam