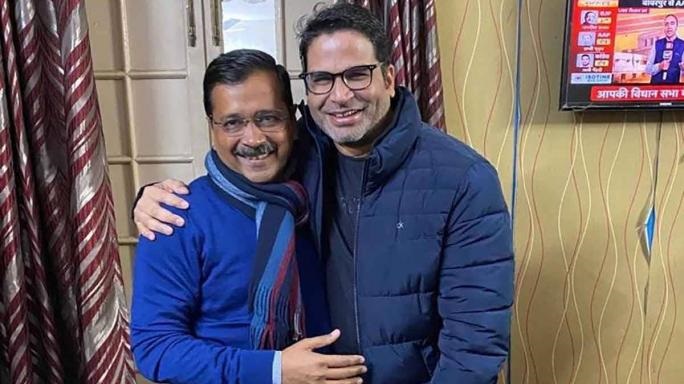 As the Delhi Assembly election results started pouring in with the Aam Aadmi Party (AAP) headed for an emphatic win, one of the architects of its performance, Prashant Kishor tweeted, “Thank you Delhi for standing up to protect the soul of India!” He may very well have had this in mind, in fact: “Thank you Delhi for protecting my reputation as the man with the Midas touch.”

Delhi Chief Minister Arvind Kejriwal roped in Kishor, 43, the then vice president of the Janata Dal-United, late in the day to craft his re-election campaign, but the delay did not seem to matter. The latter’s stamp on AAP’s campaign was unmistakable: The “Lage Raho Kejriwal” campaign song, witty memes and a systematic takedown of the Delhi BJP president Manoj Tiwari by playing his Bhojpuri albums and poking fun at his bloopers. Also, the party not wading into the Shaheen Bagh issue, despite constant baiting by the BJP’s election machinery, suggests that Kishor had a major influence on AAP’s electoral moves in the run-up to the elections.

Kishor, formerly with the United Nations, is politically astute and is known to take advantage of opponents’ slip-ups and weaknesses and design a campaign around it. For instance, PM Narendra Modi’s digs at Nitish Kumar and finding fault with his DNA in the run-up to the 2015 Bihar elections was turned around as an insult of Biharis and used effectively as one of the main points during the campaign. Kumar in alliance with the Rashtriya Janata Dal and the Congress had won a handsome victory.

Earlier, as one of the main managers of the Prime Ministerial candidate Modi’s election campaign, he had turned around Congress leader Mani Shankar Iyer’s “chaiwallah” taunt at Modi and a whole programme was built around ‘Chai pe Charcha’.

In fact, it was Modi who had first spotted Kishor’s work with the health and social sector policies of Gujarat. Modi roped him in for the assembly campaign in 2012 and later in the run-up to the Lok Sabha polls.

After the 2014 Lok Sabha elections, it is said that he had a fallout with Amit Shah around his role in the party and the government. That was the end of his truck with the BJP. Kishor went on to offer his services to Nitish Kumar and since then he has been the architect of various parties’ election campaigns. All the while he has remained in the background, except when it came to Janata Dal-United where he was inducted into the party and given a senior party position. However, he has now been suspended since.

Kishor works through the Indian Peoples’ Action Committee (IPAC), of which he is the founder. IPAC has hundreds of workers, who do research and design campaigns.

His most recent success before the Delhi win was in Andhra Pradesh where he planned the YSR Congress leader Jagan Mohan Reddy’s campaign during the 2019 Lok Sabha—and simultaneous assembly—elections with his trademark catchy slogans, massive roadshows and memes and songs against Reddy’s opponent Chandrababu Naidu. The campaign was spread over 15 months starting with the ‘Praja Sankalpa Padayatra.’ The YSR Congress campaign song, ‘Raavali Jagan Kaavali Jagan‘ (we want Jagan, Jagan should win), like ‘Lage Raho Kejriwal’ was a super hit during the campaign.

It is not that his campaigns have always succeeded. For instance, during the Uttar Pradesh Assembly elections, where he was hired to manage the Congress’ campaign, the alliance with the Samajwadi Party failed spectacularly and his truck with the Congress ended abruptly. But Kishor repeatedly spoke about how the campaign in Punjab, where he built the campaign around the chief ministerial candidate Amarinder Singh, saw a spectacular victory against Arvind Kejriwal’s AAP.

He may be seen as a hired gun by many and also as somebody who does not have an ideology of his own. But that may no longer be true as his position against the Citizen Amendment Act (CAA), National Population Register (NPR) and his open defiance of Nitish Kumar, which led to his expulsion from the JDU means that he may no longer be seen as somebody who will go back to a campaign with the BJP.

But in politics, there are no permanent enemies. Moreover, he admitted, during his first-ever public appearance at the Indian School of Business (ISB) in Hyderabad in 2018, that Prime Minister Modi did call him once in a while to pick his brains about various issues.

What’s next for Kishor? It is said that he likes to take on Amit Shah when it comes to election strategies. Bihar is next—as in West Bengal, where he is advising Mamata Banerjee—and he may settle a grudge match against Nitish Kumar there. No matter what he does next, one thing’s for sure. You will get to hear a lot more about Kishor in the times to come.