SC ruling in favour of women officers in Army is pathbreaking, extends arc of equality 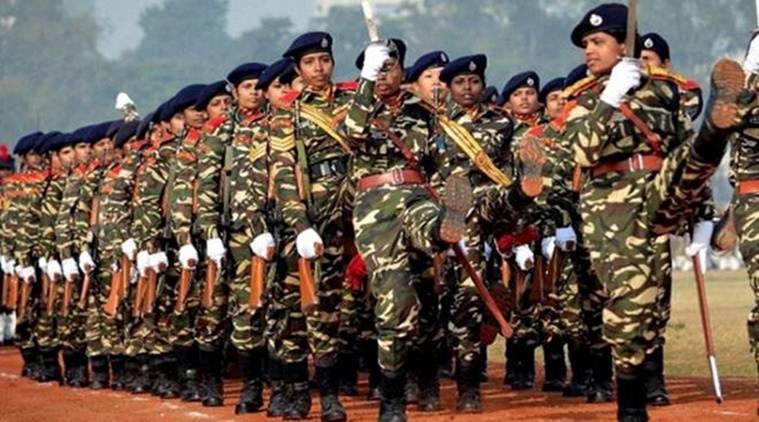 SC ruling in favour of women officers in Army is pathbreaking, extends arc of equality

Article 14 of the Constitution has been pressed into service as prescribing “a right to rationality” that forbids any “blanket” and “absolute” prohibition.

The Supreme Court of India has again showed what a constitutional culture of non-discrimination can achieve in demolishing obstinate structures of gender-based discrimination in state and civil society. The march of gender justice which began with the Mathura open letter in the late Seventies, and bemoaned patriarchal culture even in the apex court, has in recent years extended the arc of the right to equality by normative war against all forms of gender-based discrimination, including that against LGBTQI communities and trans-peoples. Now, Justice Dhananjaya Y Chandrachud and Justice Ajay Rastogi have ruled against the army and even gone so far as to characterise as “absurd” all justifications for inequality on the grounds of security, discipline and morale of the forces.

This was not always so. I still recall the early days when the Supreme Court in the early ‘70s threw out a petition for gender equality in the Judge Advocate General Office. And even though women’s rights to equality were recognised by the Delhi High Court decision in March 2010, and reaffirmed in September 2015, so entrenched is gender inequality that the Supreme Court routinely took a decade to decide the matter in appeal. The appeal from the 2015 decision, which primarily pertained to discrimination in the Navy, still has to be heard.

But the obituary of discrimination was penned vividly in 2010. In 2015, Justices Kailash Gambhir and Najmi Waziri wrote that “sexism” has no place in law and society and quoted UN Secretary General Kofi Annan: “There is no tool more effective than the empowerment of women for development of a country.” In a moving gesture they quoted progressive Urdu poet Asrarul Haq ‘Majaz’ (1911-1955) who exhorted women to fight for their equitable space in the world in the following words: “Tere mathe pe ye anchal toh bahut hi khuub hai lekin tu is anchal se ik parcham bana leti toh achchha tha (While the raiment covering your head is good, it would be better if you made a banner of it.)”

Justice Chandrachud (and Justice Rastogi) take many crucial constitutional steps further. First, and this plays a decisive role, the fact that the “engagement of women officers in the Army” has been an “evolutionary process” is little understood by state lawyers who “betray a lack of understanding of the plain consequences” of the Union decisions. These, over time, acknowledge that the “physiological features of a woman have no significance to her equal entitlements under the Constitution”.

Second, in the absence of this recognition, “stereotypes about women in the Armed Forces” take over, and 70 years “after the birth of a post-colonial independent state”, they indicate “a need for change in attitudes and mindsets to recognise the commitment to the values of the Constitution”. Reliance on the “inherent physiological differences between men and women” rests on a deeply entrenched stereotypical and constitutionally flawed notion that women are the “weaker” sex and may not undertake tasks that are “too arduous” for them. Submissions so premised are held as deeply “disturbing” as these continue to ignore “the solemn constitutional values which every institution in the nation is bound to uphold and facilitate”.

This means women now have the same terms of employment as men. No longer will women be forced to retire after 14 years in service, irrespective of their record. They will also have full pension and other financial benefits. The court clarifies that the policy decision will apply to all women SSC officers “who are currently in service irrespective of the length of service which has been rendered by them”.

Fourth, Article 14 of the Constitution has been pressed into service as prescribing “a right to rationality” that forbids any “blanket” and “absolute” prohibition. The burden to justify the differentiation between women and men falls “squarely on the Army”, which has to “justify such differentiation with reason”.

Fifth, Article 14 also stands transgressed when such blanket prohibition extends to command posts. However, an “individuated justification” may be offered to “future courts”. This means that non-posting to a command post may also be questioned in courts by affected individuals.

Some may say, without resorting to sexual stereotypes, that this particular observation flies in the face of judicial enunciation about “the limitations which questions of policy impose on judicial intervention in matters relating to the Armed Forces”. In fact, the brief remark outlining the judicial consciousness of policy limitations may well prove to be the proverbial Achilles’ heel in future courts. Although the situations may be distinguished, the same Bench referred recently many a well-reasoned two-judge Bench decision to a larger Bench involving shifting lines of precedents concerning regularisation, with back wages, of long-serving contract labour workmen. And a larger Bench is now re-adjudicating the validity of a slew of cases decided by earlier Benches (including the Sabarimala case, despite a strong dissent on the review by Justices Rohinton Nariman and Dhananjaya Chandrachud).

One hopes that the stoic and heroic endeavours of the petitioner army officers and their counsel, Meenakshi Lekhi and Aishwarya Bhati, will not be visited with the same constitutional fates, and this path-breaking judgment will forever vindicate gender equality and justice.

Making gender justice less contingent on the executive’s mood swings is the primary task of the judiciary. Making it immune from judicial re-visitations remains the paramount constitutional duty of all citizens, but more particularly of feminist citizens’ crusade for judicial consistency as a badge for constitutional rights and justice.

This article first appeared in the print edition on February 19, 2020 under the title ‘A just verdict’. The writer is professor of law, University of Warwick, and former vice chancellor of Universities of South Gujarat and Delhi.