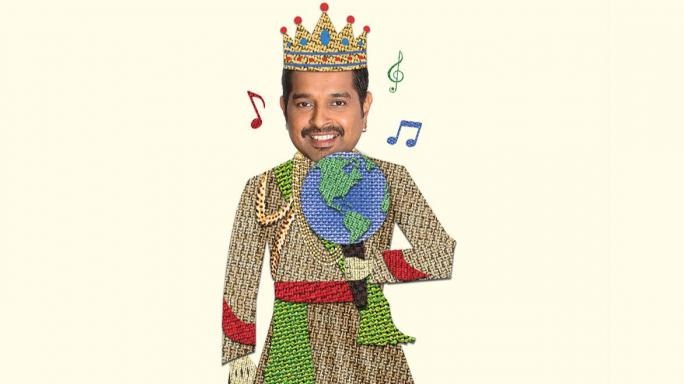 Shankar Mahadevan on how he would rule the world

No one will go to bed hungry

My primary goal would be that no child goes hungry in my reign. This is a heartbreaking reality of our day and age, and I would focus on eliminating it. Every single child would have their tummy’s fill in my world.

Eliminating hunger for the human race and ensuring nutritious food for all would only be second to this. We tend to take two meals a day for granted, never having lacked or been deprived of daily sustenance. Well, I say everyone should be able to really take that for granted, because food is a fundamental human need.

Unfortunately for some it’s still not guaranteed. The deprived masses still do not know where their next meal is coming from or whether they will even get it! It is a horrible insecurity to live with. People end up skipping meals because they do not have the means to buy it. It is a fact that I am unable to come to terms with.

Hunger remains one of the saddest things in our world and it’s completely unacceptable to me. As ruler of the world, I will ensure that no one goes to bed hungry. Everything else is secondary.

The safety of a home will be guaranteed

I am unable to wrap my head around the fact that human beings can be so inconsiderate that they become totally insensitive to the suffering of their brothers and sisters.

If I really had the chance to rule the world I would not let anyone suffer for lack of basic amenities. I would vanquish poverty so that everybody has roofs over their heads. A safe home is as much a necessity as food and comes second only to adequate nutrition.

Education will shape the future

I would focus on education. Education makes a huge difference in the world and I would make sure everyone receives primary education at the very least and is literate.

The world will be cleaner and healthier

I would then strive to build a cleaner, healthier world. We undermine the importance of hygiene and the role it plays not just in our physical health but our mental well-being too. I would definitely lay emphasis on sanitation and cleanliness in our environment.

As ruler, one of my principal objectives would be to create a peaceful world. I would spread the word of peace and make sure everyone else inhabiting my world does the same.

Visas between nations will be abolished

At the end of the day, we are all human beings—I do not understand why we need visas to enter each other’s countries. I would abolish visas and do away with political borders and boundaries, so that people could visit every part of the world freely. It would be one free planet that all its citizens would inhabit without any divisions, borders or territorial separation.

The happiest will be the richest

Bhutan, unlike other countries, has a very interesting concept—a ‘happiness quotient’. I love the idea. I would like to apply this to the whole world. It would be a reign with the decree that the happiest person would also be considered the richest by all standards of measure. This happiness quotient, would be applicable across the world uniformly.

Shankar Mahadevan, 51, is an award-winning Indian singer and composer. He is part of the hugely successful Bollywood music-composing trio, Shankar-Ehsaan-Loy.