Talking To An Expert: What Can I Do About The Climate Crisis?

Home  ›  Uncategorized  ›  Talking To An Expert: What Can I Do About The Climate Crisis? 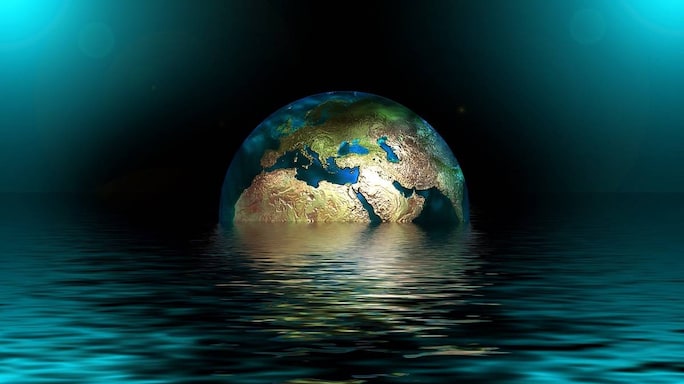 Talking To An Expert: What Can I Do About The Climate Crisis?

In the spring, Canadian federal government released Canada’s Changing Climate Report, a pretty depressing analysis of what’s in store for us. Is doomsday as close as it sounds?

Not necessarily. In that report, scientists predict what will happen to our climate at different levels of carbon emissions. In the high-use scenarios, it’s definitely concerning: temperature increases of six degrees by the end of the century, precipitation up by almost 25 per cent, more extreme weather events, like floods, fires, droughts and heatwaves.

Okay, you’re scaring me. What about the scenarios with lower emissions?

In that case, it’s a lot more optimistic. People tend to think of the climate crisis as a problem we have to pay for and fix, but it’s also an opportunity—a chance to bring people together to participate and share in the economic growth that a cleaner and greener economy would provide.

Sounds like we’re at the beginning of a ‘Choose Your Own Adventure’ novel.

Exactly. We’re at the point where the facts are clear. Ninety-seven per cent of climate scientists agree that human activity—again, particularly in the form of carbon emissions—is causing our climate to change. And we know we have a finite amount of time to make adjustments. So now the question is: What are we going to do?

How much of our carbon footprint can we cut by turning off lights more and giving up disposable coffee cups?

I have a lot of respect for people trying to minimize their carbon footprint—by insulating their homes or minimizing waste. These actions have a measurable impact—switching from a car to public transit for one year, for example, [though this changes somewhat in the current scenario] can reduce emissions substantially. Leading by example is important for our communities and future generations. Still, the reality is that individual action alone is not going to get us where we need to be.

What about something more drastic? Say, if every individual in the world were to go vegan, give up air travel and plant trees?

Hypothetically, a coordinated global effort would have significant consequences. The world’s food system is responsible for about one-quarter of the greenhouse-gas emissions, and a lot of that is based on eating meat. A low-emission society of the future might involve a more plant-focused diet and less air travel. But talking about individual consumption also takes the focus away from a far bigger problem, which is that a very small number of oil and gas companies are responsible for a huge amount of global emissions—about 71 per cent. These need to be addressed through policy and regulation, so if our governments don’t act, measures taken by individuals are a bit like pointing a garden hose at a forest fire.

What kinds of actions would you like to see our governments take?

The most efficient strategy is to put a price on the behaviours you want to discourage. Companies emitting over a certain level can be taxed, and that money can be used to fund adaptation and mitigation strategies.

Also, from the private sector, we need new technologies that cost less and perform better so that all individuals have a green option they will choose, whether or not they are motivated to fight climate change. One of my current projects at the Centre for Urban Energy at Ryerson University is to work with industry partners to develop new economic models for energy storage—so that we are able to access renewable sources, like wind and solar, even when the wind is not blowing or the sun is not shining.

Coming back to the power of individuals, how can we push our governments to act?

We can become more politically engaged, whether that’s writing to your representative, taking part in a protest or boycott action or contributing to an environmental non-profit or charity. Collective action is powerful, so joining forces with others is probably the best path.

Jessie Ma is an engineer and has a master’s degree in public administration. She’s currently a research fellow at Ryerson University.